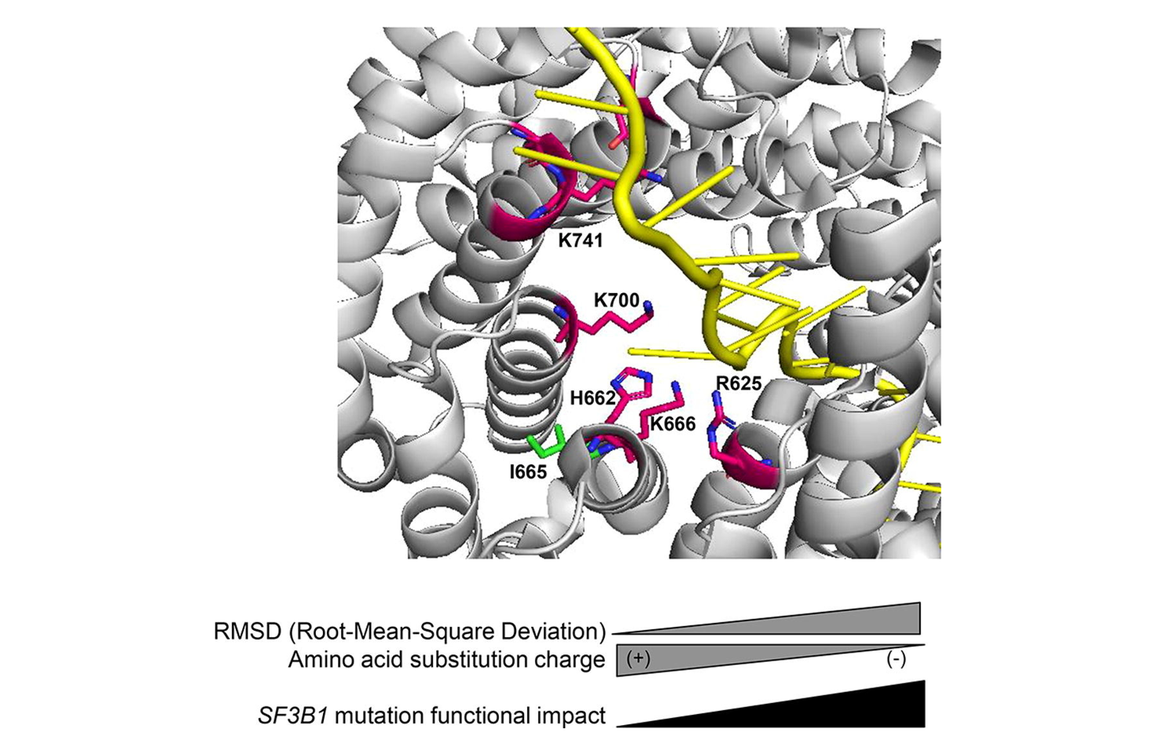 The hotspot mutations of SF3B1, the most frequently mutated splicing gene in cancers, contribute to oncogenesis by corrupting the mRNA splicing. Further SF3B1 mutations have been reported in cancers but their consequences remain unclear. Here, we screened for SF3B1 mutations in the vicinity of the hotspot region in tumors. We then performed in-silico prediction of the functional outcome followed by in-cellulo modelling of different SF3B1 mutants. We show that cancer-associated SF3B1 mutations present varying functional consequences that are loosely predicted by the in-silico algorithms. Analysis of the tertiary structure of SF3B1 mutants revealed that the resulting splicing errors may be due to a conformational change in SF3B1 N-terminal region, which mediates binding with other splicing factors. Our study demonstrates a varying functional impact of SF3B1 mutations according to the mutated codon and the amino acid substitution, implying unequal pathogenic and prognostic potentials of SF3B1 mutations in cancers.